The Hitchhiking Zine is an idea Zac dreamed up while discussing with a fellow traveler about how the travel guides of today are really just tourist guides. He joked that someone should write a travel guide that reviews the best parks to sleep in, the tastiest dumpsters to eat out of and the best places to hitch from. The joke's over and the Hitchwiki is that collective "someone".

This first edition of the zine is going to be mostly limited to Western Europe, although, there have been some nominations for a few Central European countries. Please try to only nominate pages with a good bit of information. 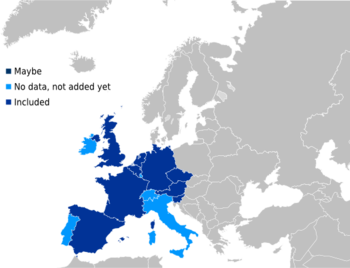 The little images to the right of the lists indicate how much progress Zac has made compiling that section.

Finished and ready for print

Aside from information on various localities, what else should be put into the zine?

The actual length of this "zine" might put it at odds with actually being printed as a zine at all. The most you can really hope to staple together is about 50 pages, and this will likely exceed that. Zac is currently looking into various methods of production to deal with this. We will probably end up publishing it in a variety of formats.

Zac has been experimenting with some perl scripting in combination with PSUtils and has come up with a way that a user could select various "chapters" and then the script would process the chapters into printer's spreads and be available for the user to download and print in PDF format.

Printing the zine as a book is an idea that Zac fancies very much. He would prefer to find a cheap book printer to do the job, but since there's no way of telling if anyone would be willing to pay $5 or so for a book, Lulu may be used at first to test the water. If the project does indeed become book sized, Zac may print a few with Lulu to see how it goes. They could be sold at a price to cover just printing and shipping, or slightly more if we wanted to use this as a project to raise money to cover the hosting of Hitchwiki.

Who wants to help