Hitching in Portugal is quite easy. However, it is important that you are protected from the sun. The weather is, especially in summer, extremely hot. During the autumn or winter season, rain can be constant, especially in the north and centre of Portugal. Although, you still might be able to find long periods of beautiful sunshine. Anyway, keep in mind that Portugal is SO WINDY, especially in coastal areas due to the oceanic weather. This can be an ease in summer's hot afternoons, but it's definitely harsh at night, even more if your plan is to wildcamp or vivac. 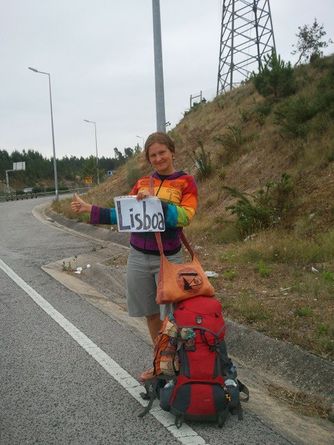 As an alternative to hitchhiking you can use the buses from Rede Expresso for overland travels. The railway network is not in a good state, it is slow and there are only two lines. Although, the network is improving a lot during the last years and it's easy to sneak in without paying, especially in short-distance regional trains around Lisbon.