Difference between revisions of "Albania"

Albania is a country in the Balkans in Southern Europe. The capital is Tirana. It has borders to Montenegro, Kosovo, Macedonia and Greece.

The road network is not very complicated, and getting out from and past towns is usually just a matter of walking in the right direction. Roads do tend to go through the towns, but keep an eye out for signs for shortcuts to avoid tedious walking when transiting.

Hitchhiking in Albania can go surprisingly well. Even though Albania is still one of the poorest countries in Europe, the country's living conditions have improved greatly in the past years.

People are usually friendly and ready to help. Be aware some drivers expect money, since private taxi is a major form of public transport. Make sure that before you board a vehicle the driver is not an informal cab-driver. A simple 'no taxi' phrase should be enough to avoid misunderstandings. Some found it useful to learn "por.... jo para.... jo problem?" (but.... no money... no problem?) and ask it as they stop (yes/no = po/jo, and mirë (pronounced mir) = fine/good). Some drivers will refuse to take you for free, but still every other driver should pick you up. Hitchhiking with a sign can be useful to differentiate yourself from the other people using public transportation.

Also, make sure to keep an eye on the road -- if the driver makes sudden turns and other similar actions while driving it is likely that he is either a taxi driver or that he thinks he is doing good by bringing you to the local bus station, and would expect some money from you. You therefore will have to be reiterative on stating that you travel by autostop. This kind of driver behaviour usually is not valid for the company car or truck drivers': they are already salaried and won't be offering a taxi service to you.

Women hitchhiking alone do not encounter more issues than the average European country. 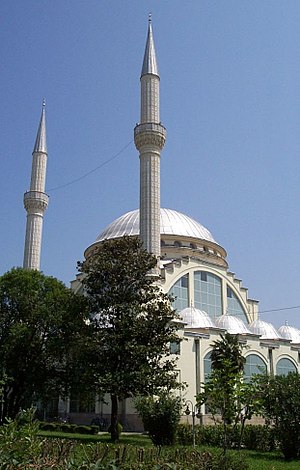 Albania has a good hitchhiking reputation. The government financial trust in police force has lifted up the safety level in most areas of the country; however, it is paramount to remain cautious, and hitching by night as well as in some areas might not be too wise. Beware of the poorest area and hitching next to slums since you will be quickly dragging the attention of dozens of children lurking at your bags, and would make almost impossible for you to get out of there, so if you find yourself around such place just walk away and ignore the people until you are in a better area.

Be careful at the borders, because officers can be corrupted and there are many problems with smuggling of cigarettes, drugs and guns. Border controls are more "exact" than in the rest of the Balkans.

In Tirana (and probably in other cities, too) you can find very cheap local food markets with really good and fresh vegetables, such as tomatoes, cucumbers, green peppers, olives, etc. Local olive oil and freshly baked bread is something everyone has to taste!

Do not drink tap water in Albania.

In Tirana one can easily get accommodated in so called private sector: these are people who have their apartments arranged to accepts occasional tourists. It is safe, quite cheap (you can talk about how much you can pay), you get friendly company (if needed) and tips how and where. To find these kind of places just ask some more tidily looking folks on the street, or in Internet cafes and other similar places.

There is a nice and individual hostel in the center of Tirana. Tirana Backpacker Hostel, Rruga Elbasanit 85, Tirana.