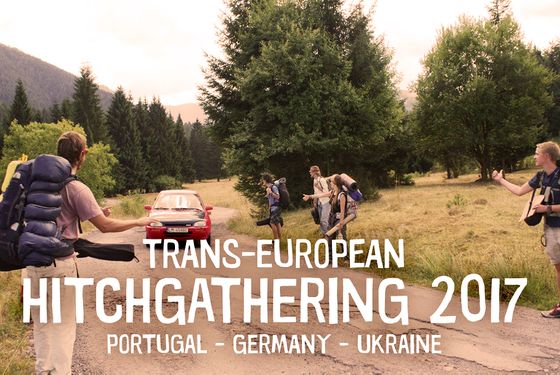 Hitchgathering is the name of a series of international hitchhiking gatherings held in Europe and Northern America since 2008. For the 10th anniversary the idea of Transeuropean Hitchgathering was created. The three main locations are to be incorporated in a series of Hitchgatherings spanning from Western to Eastern Europe, all summer long.