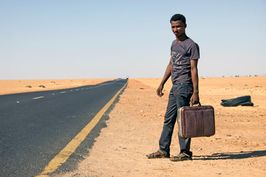 TheLoneBaker: I hitchhiked through Sudan in 2018 and found it extremely easy. Most of the time the police didn't pay any attention and most of the rest of the time they just wanted to see my visa and didn't even bother to check the identification. Most nights I was invited to peoples homes to sleep on outside beds. I didn't encounter a single driver who expected payment even in the Khartoum area. Also, permits are no longer needed to travel in Sudan though you do still need to register with the police for a fee within 72 hours.

When in Khartoum, is is possible to get a visa for Ethiopia in one day. However, they only issue 70 visas a day so you need to get in line by around 6 am. However, if you do get there a bit too late, you will be given a paper with a number and will be prioritized the next day.