Both petrol station are still on Milano ring road, which means most of people will be going just nearby the city. Refuse any lift which doesn't go at least after Agrate ask for a big Agip Brianza petrol station from there finding lifts will be super-easy though don't risk to get stuck on the motorway that is illegal.

Take metro 2 (green line) to Cologno Nord. Exit to the left and go down the stairs to the right, you should see a parking with buses. Keep walking straight (northeast) for ≈600m along Via C.A. dalla Chiesa to the junction (there is a bridge over the motorway to the left). Keep walking straight on along the edge of the field (there's a fence blocking your access on the motorway side) for 200m until you arrive at a big electricity pole with a couple of doors under it leading you to the service station on A51 highway.

Take metro 2 (green) direction Cologne Nord or Gessate and get off at Cascina Gobba. From the platform right where you get out of the train, there begins a footbridge over the motorway leading to an extra train which only goes to a hospital Ospedale San Raffaele. It costs 1.20€. After you get out at the hospital, follow the stream of people and go up the first steps you see (round ones). Look for a high place – from there you can see a Eni petrol station. It is best is to ask someone to show you the best way down to the petrol station.

Walk for around 10 minutes from Porto Di Mare metro station to the Tamoil petrol station on the other side of the motorway. Look on the city map in metro stations how to walk there exactly

Take the metro to the station Famagosta and 2.5 km walk down by A7 at the end of Via Giuseppe de Finetti street is Autogrill Cantalupa Ovest rest stop

Catch bus 46 after you leave Famagosta. Take it just 1? stop about 5 minutes. There is a pizza place called Fratelli Diversi by the bus stop. (Big green sign). Ahead you’ll see a pedestrian bridge over the motorway which leads right to a service station on the highway and the advantage of being able to talk to people.

Good spot to go to Torino/French Alps and it was really good and actually it’s possible to go in the other directions too - like Verona, Venice. It’s a petrol station/McD near of the metro station QT8. It’s necessary to walk in Via Collecchio and cross the bridge. There is a park in the end of the bridge and you must follow the path until find a small street called Via Don Luigi Palazzolo and turn right in the road. Around 100 m further you will find the petrol station where you can ask for someone there or you can go directly to the road with a sign. I got a ride directly to Chamonix (France) and the driver was on his way to Geneva. This spot is less than 10 minutes walking from the metro station.

EDIT (09/2021): Didn't worked for me, waited for 5 hours without result. There was no one going to Torino, one car going to Switzerland and most of the traffic was going to Milano city centre or other cities like Verona. Afterwards I went to the Pero Nord petrol station and found a ride to Torino in less than 30 minutes.

on their way to Switzerland. 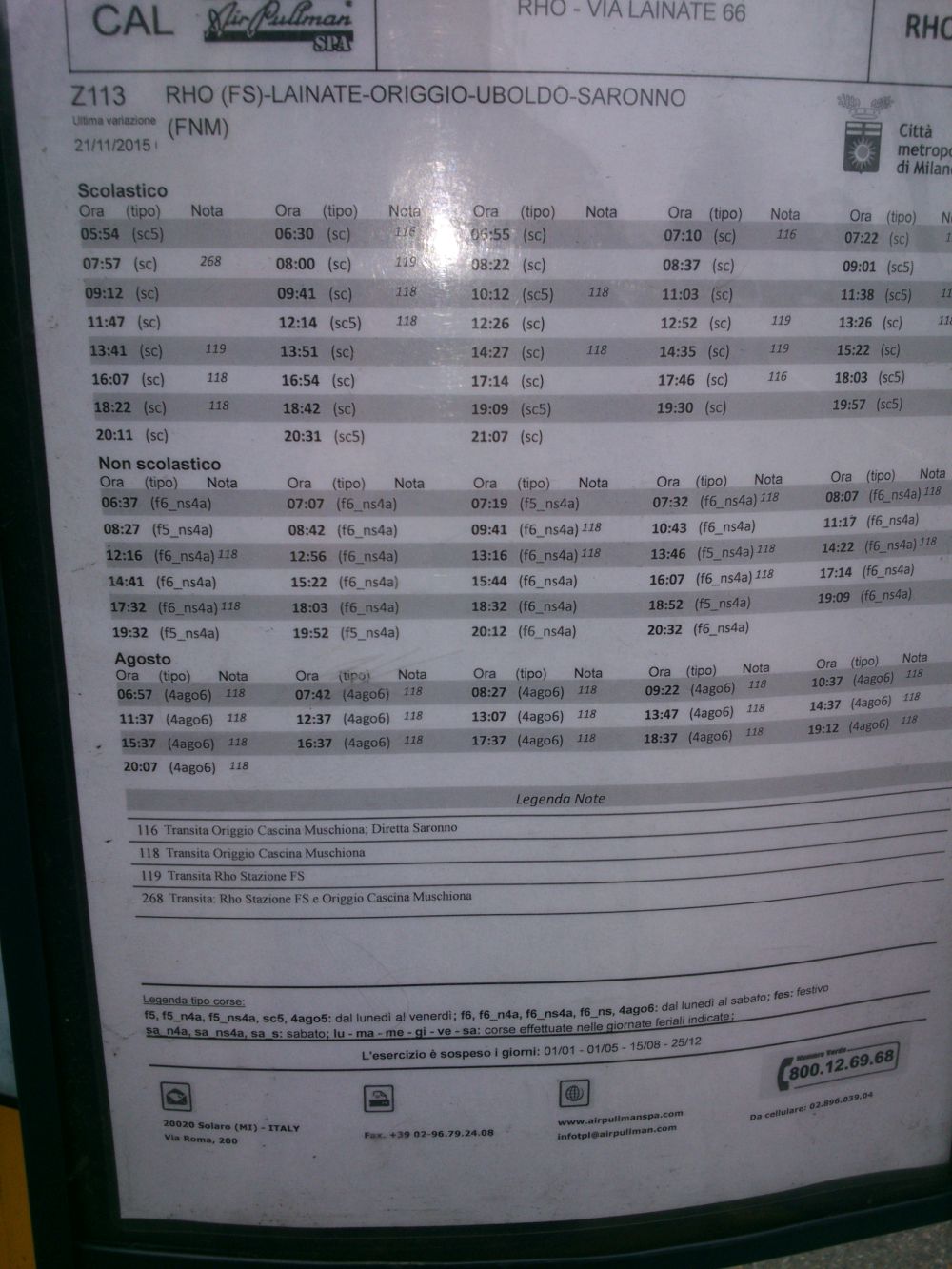 ATTENTION! Do not go there during weekends,their distribution runs Monday to Friday and the time is 09:00 - 11:00