Luxembourg is the capital city of the self-named country Luxembourg.

Service station for Brussels Get the line 50 train from Luxembourg City station for EUR 2.00. Get off at the Capellen stop and walk less than 1 km west to some of the biggest petrol stations in Europe! Walk towards the motorway which you can see from the train station and take the first road right alongside the fields. After 5 minutes you will come to the petrol station fence. You can climb over the locked fence, but the top is spiked. It's better to turn right, and walk along the fence for about 250 metres, and climb over it at the first section with a stone-wall. Many truck drivers use this service station.

Motorway exit for Brussels Follow the Route d'Arlon to the entry onto the A6/E25. This is a walk of about 4km from the town centre. You can partially use bus 7. From the sliproad you can get a ride straight to Brussels, but if that fails, the above mentioned Capellen stop ('aire de Capellen') is just about 10km down the road, and from there you can get rides to about anywhere in Belgium and the Netherlands.

Service station for Liege and the Netherlands You have the option of going to the town of Martelange . This small town is famous for plenty of drivers due to the cheap fuel provided by dozens of service stations for drivers going to the Belgian Limburg, Dutch Limburg, and Aachen, etc. Get train from Luxembourg city station to Arlon. Walk left out of station, keep following the Bastogne road signs towards a roundabout which is a 20 minute walk. Here you can hitchhike at the junction after the bridge and across from the Fiat car garage. This road goes to Martelange and the North.

The better option Just walk out of the centre to the Avenue John Fitzgerald Kennedy in direction Kirchberg. You will find many banks, institutes and the Luxembourg fair (LuxExpo) there. You can hitch on every spot where cars can stop on this road and even in side roads and secondary roads which are leading to this avenue. Make sure holding a Trier sign. There are masses of people from Trier working in Luxembourg Kirchberg and especially on working days you won't have to wait long. Hold a Trier sign even if you want to get further, if this is the case, you can be dropped at Wasserbillig service station on the motorway A1. A sign is very important for making the people from Trier stop, which will be your drivers here.

The train option Get the Trier/Wasserbillig (line 30) train from Luxembourg City station for EUR 2.00. Get off at the Wasserbillig stop. You should turn right outside the train station, walking up the road and turning left up the Route d'Echternach until you reach a crossing beside a big river. This option takes 30 minutes but there are beautiful views to be seen. You will notice that there is an old pathway going up the hill. If you follow this route you should arrive at two old cabins. Turn left at the cabin closest to you and walk further up the hill until you reach another crossing under the massive motorway bridge. Go right at this and keep climbing the hill until you reach a more developed road. Here, you turn right and keep following the access road until you reach the petrol station. This is located at the Luxembourg-German border. There should be plenty of international traffic.

On Sundays Traffic flow is lower on the weekends, so the above-mentioned place may not work on Sundays. You can instead take bus 16 to the stop just before the airport. This bus stop is next to an entrance to the highway and you can either stand in front of the bus stop with a sign or stand on a little traffic light island at the entrance so that you get all the traffic going towards Trier that is coming from both directions. Get a lift at least as far as the huge petrol station on the border, and then it is easier to hitch further.

There is a big petrol station with a lot of traffic but there is a big fence around it. We got there using the open employee gate. Get the line 60 train from Luxembourg City station for EUR 2.00. Get off at the Berchem stop. There are 2 exits from the station. Take the closest one, do not take the stairs! and walk less than 2 km to some of the biggest motorway petrol stations in Europe! Turn left when you leave the Berchem train station, walk down the road and then turn right at the first opportunity. You will arrive at a entrance point for two roads. Take the one furthest from the train station (on the left) Follow the residential road up the hill for 10 minutes and you will arrive at a bridge. Go over the bridge and then walk down and you should find an entrance way to the petrol stations. There are vehicles travelling all over Europe. I was waiting for around 10 minutes at the petrol station exit. You can also reach the petrol station by hitching from the roundabout that is located right at the start of the highways. Not an ideal place for cars to stop, but lots of people go in that direction.

I was waiting there for quite a long time and then we got a ride from a couple going to Switzerland.

Take bus number 18 (from Central station to direction Kockelscheuer, Patinoire). Tickets costs 2 euro - 1 way or 4 euro - one day ticket (valid till 4am and its for bus, trams and local trains!) Get off from bus on the bus stop "Plantin" (few meters before this bus stop is Shell petrol station). Go straight to rond-about and then turn left. Few meters from rond-about there will be place where you can easily hitch-hikke (bus stop, rarely use). On the opposite side of this place there is Auchan Drive so it's easily to find. 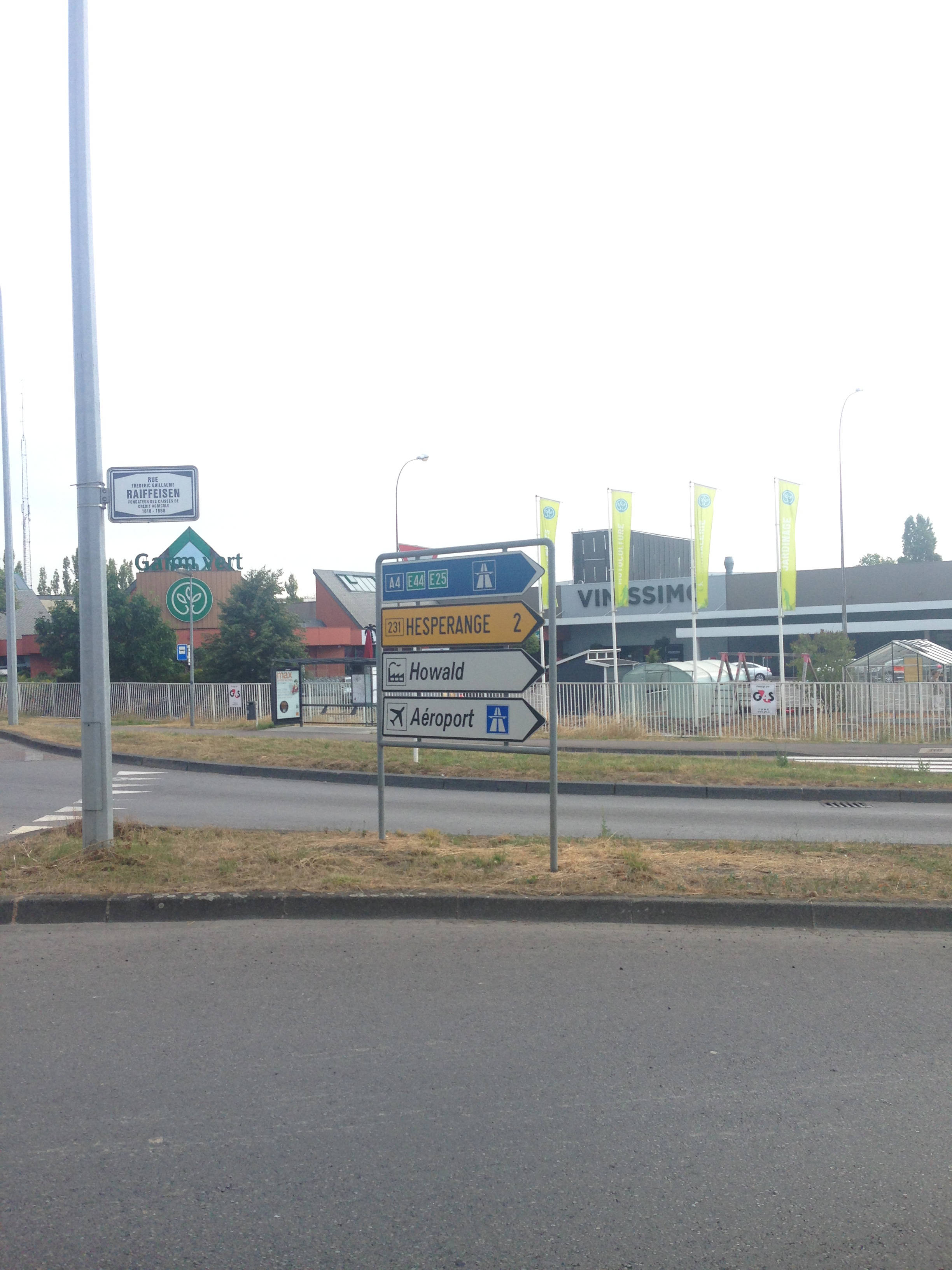 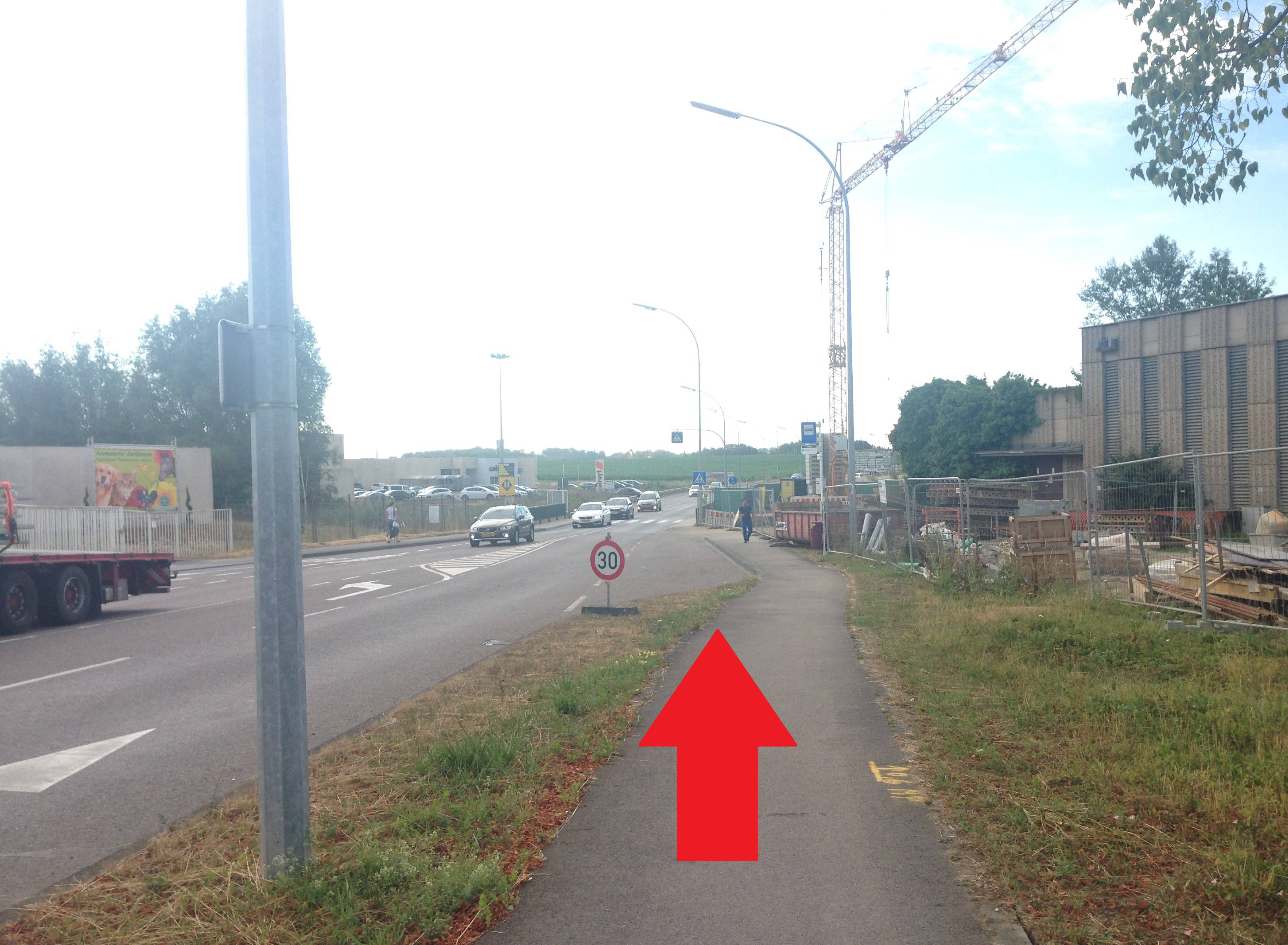