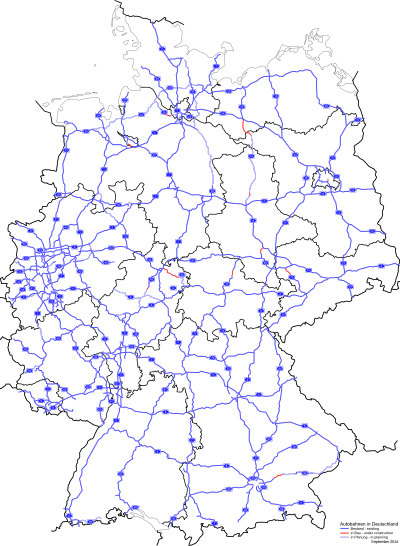 Autobahn is the German word for motorway. When hitching long distances in or though Germany, always stick to the Autobahn. There is no general speed limit which can make hitchhiking very fast. Driving 150–200 km/h is pretty usual, but with a little luck, you can get lifts going far more than 200 km/h. Look out for business men with fast cars.

The following 11 files are in this category, out of 11 total.