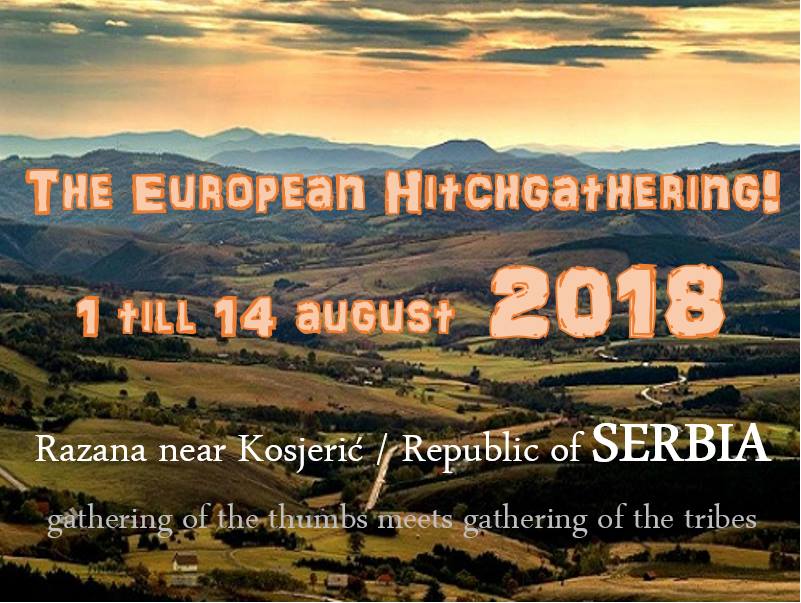 Although we are hosted by the Serbian Rainbow gathering, there is no ban on non-vegetarian food and no ban on smoking and drinking a bit of alcohol.

Serbian Hitchgathering 2018 switches back to the original place:

The place is right along the main road 21 between Valjevo and Kosjeric/Pozega. From Valjevo, it is 1 km after two 180 degrees curves in the road. It's at the west side of the road, there is a rainbow flag at the entrance to the house.

See you all soon at the gathering!! 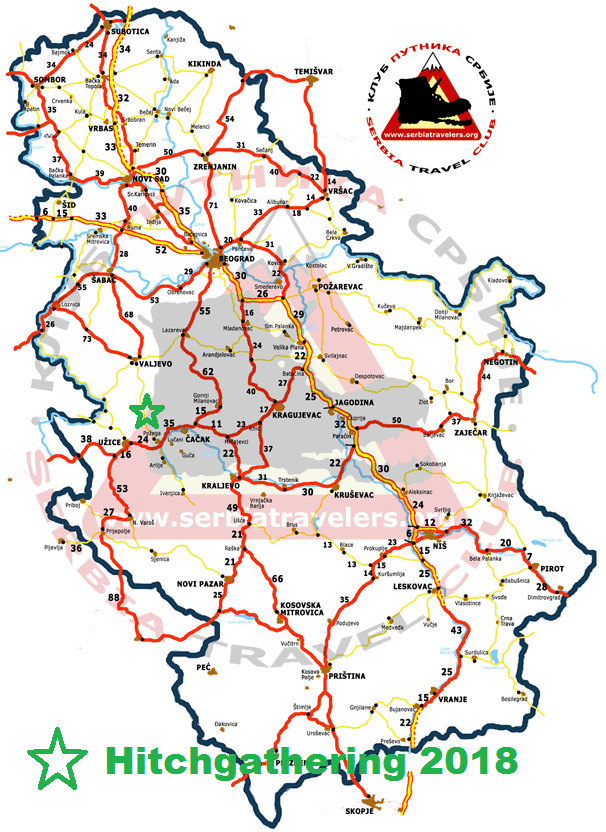 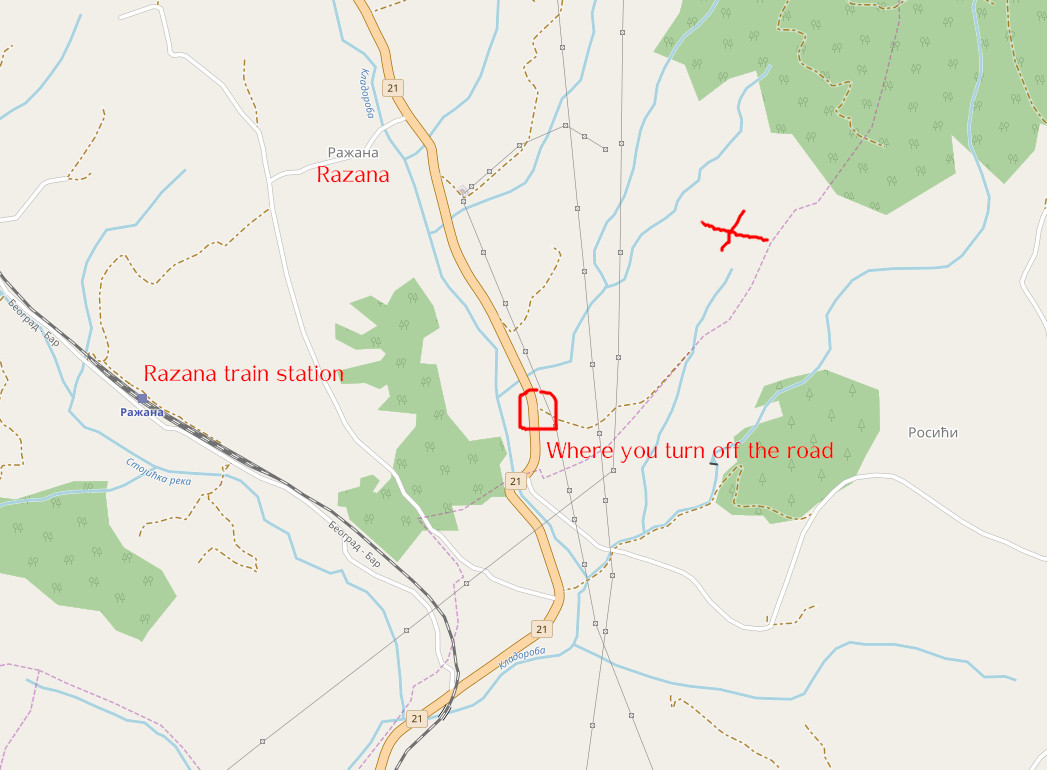 Travelling to the gathering from far away: consider taking one of the three daily trains from Beograd Centar or from Resnik (last at 19:35 / 19:53) to the station Razana. Resnik is on the new A1 motorway and there actually is a busstop on the A1. From that busstop it's a 2.5 km walk to the station. The old motorway runs just behind Beograd Centar station and there is a petrol station only 0.3 km from that station. The ticket for 120 km is just under 500 RSD (4.25 euro).