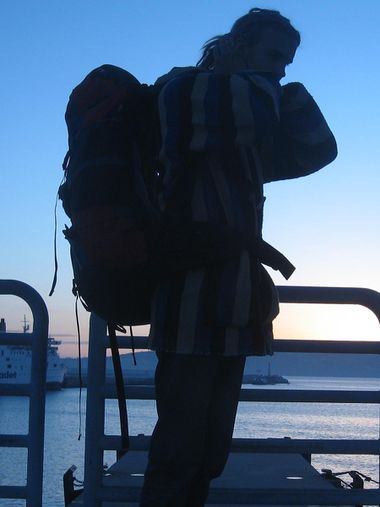 Vincent leaving Morocco from Tanger after more than 1,000 amazing km of hitchhiking.

Vincent is a hitchhiker who's originally from Germany, but currently lives in Middelburg, Netherlands, where he is studying until 2010.

He started hitchhiking in England in 2003/2004, aged 17, trying to get to the station. Since then he has hitchhiked some 12,000km, just a beginner who's enjoying life in the present moment, trying to get on with it, standing beside the road, breathing calmly, smiling, waiting for the next car to stop.

Nothing "planned"...but what does that mean anyways...