The big island of Chiloé and its surrounding areas are a special region in Chile for its culture and cuisine. It's very different from the mainland and many Chileans are fond of this place. It's a few hours hitchhiking from the city of Puerto Montt.

One can hitch the ferry with or without vehicle plus driver for free at a town called Pargua on the Ruta 5 coming from Puerto Montt. It even has free WiFi. Hitchhiking to this ferry can be a little tricky depending on the season, but trucks on the Ruta 5 south west from Puerto Montt are your best bet for a ride to the ferry. Crossing the Canal de Chacao takes 25 minutes. The town on the island side is called Chacao. 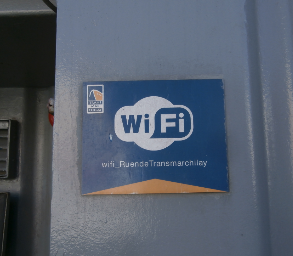 Coming from the north, the first town with a significant population will be Ancud. It has all facilities you need. There's some surrounding beaches that are good for freecamping, but beware of the tides.

Dalcahue is another town of significant size and the access point to the islands with the special wooden churches on the Circuito de Iglesias. The ferry to Achao island is also hitchable for free done by Mind of a Hitchhiker. See Island Hopping below. Dalcahue has some real good cafés with WiFi and food for stocking up for your trip.

Castro is the archipelago's capital city and has a cathedral in the style of the islands churches. It has everything you need, but freecamping is though to find and it's not the safest place on the island.

Quellón is the last big town, a 90 kilometer hitch south from Castro. From here leaves the ferry to get out, see below. People who live on Chiloé island say this is the most criminal town, reason unknown.

Achao island is the main island for hopping on one of the many "lanchas" to the islands that are the definition of rurality. The main towns on the island are Curaco de Vélez and more importantly, Achao town. Achao town has a tourist information office with the newest updates on the passenger ferry (lancha) routes. It's advisable to make a stop here. As of 2016 as done by Mind of a Hitchhiker, all the lanchas leave on a daily basis (except for Saturdays) at 15:30 from the main and only docks. Every day there's about 12 ferries lined up next to each other and the only way to find out where they're going is the tourist information office (they'll give you the name of the boat) or the captains. You pay the passage on board. It's heavily subsidized and a one-way ticket to Isla Caguach was 900 CLP. These boats are the life-line to the people on these islands and there's usually a large amount of school kids on board.

The islands that are serviced from the port of Achao are Quenac, Llingua, Lin-Lin, Meulín, Apiao, Alao, Chaulinec, the 9 family rock called Teuquelín and isla Caguach where Iris from Mind of a Hitchhiker went to from Friday to Sunday. Availability of basic supplies is limited on these islands, that's why bringing some of the most important stuff from Unimarc or a smaller shop on the main island of Achao is advisable. Accomodation is also sparse, so either prepare for freecamping or ask at the tourist information office in Achao what's the deal about the island you've chosen. If your island has a telephone tower and you have a smartphone with mobile internet, you might be able to get a signal, but don't assume you'll have that. This is a serious digital detox. If there's cars on the island of your choosing they're often OK with giving you a ride, but most of these islands are small and completely walkeable and only have a handful of cars so you might not even encounter one. Freecamping should be discussed with the islands inhabitants. They're not very used to foreigners and it's a sign of trust if you ask them if you can camp somewhere. It's usually no big deal.

The town of Tenaún on the main island has a ferry to an island called Mechuque.

The town of Quemchi might have a ferry to the island of Cacuahué.

The capital city of Castro and the smaller Chonchi possibly have ferries to the islands not mentioned in this article yet, but when asking at the tourist information office for any ferry (vehicle boat) or Lancha (pedestrian boat) they were being a little difficult about it.

Quellón is your main place to get out going south. Reservations can be done in both Quellón and Castro. Your destination options to the mainland are:

These ferries by the company Naviera Austral are heavily subsidized by the government of Chile and are mainly here to facilitate the commute of seasonal workers like fishermen. Considering how far these ferries take you, it's not too expensive. The fleet of ferries is very modern and has high standards of safety. There's a cafeteria on board that sells basics like coffee and pizza, but again, bring sandwiches. Booze not sold on board, not sure if allowed. 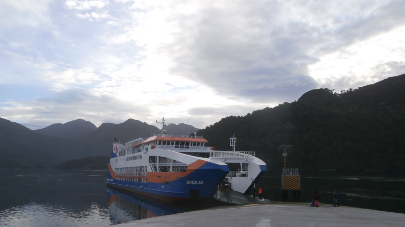