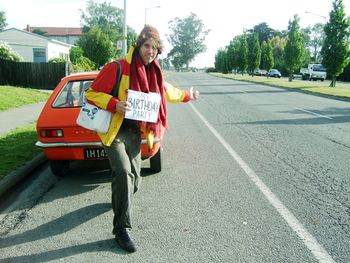 If you are arriving later in the day without planned accommodation it may be better to ask to be dropped on the outskirts before you actually enter Christchurch. Both highways entering from the north and the south are surrounded by a lot of partial rural and suburban (ie Belfast suburb) where you can either sleep in a paddock (take normal trespassing precautions) or small park. In the morning you can hitch further into the city or take a bus.

If you find yourself in the city centre there aren't really any great areas for camping. The massive Hagley park area is possible but I would suggest just a sleeping bag in some bushes rather than a tent (even though the huge field are tempting) due to the potential of unwanted attention from late night drinkers etc, and the fact that each field is owned by a private entity who won't take kindly to finding you sleeping there.