Difference between revisions of "User:Whisperingofthestars" 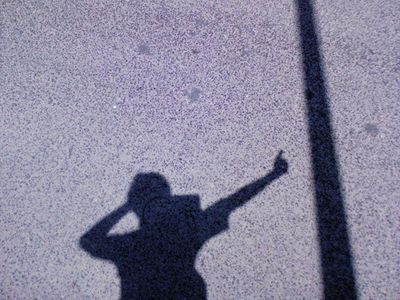 Hitching out to Luxembourg

Jason has been hitching since June 2007 and has clocked up many thousands of miles now and met extraordinary people. The dull rides are the worst of all.

He is always keen to learn more of the art of hitchhiking. He has much experience hitching in France and Southern England. In May he heads for Greece, through the ex-Yugoslavia. In July - Scandenavia with his dear brotherr, taking him on his first europe hitching trip.

The best way to contact if needed is probably through couchsurfing - [1]. Bon chance!