Travel to Syria is not advised due to the civil war between government and rebel forces. Read Wikipedia article about Syrian civil war and about War zone safety from Wikivoyage In 2013 the Russian hitchhiker Konstantin Zhuravlyev disregarded this travel warning and was arrested by jihadists on the day he crossed the border. Six months later he appeared in a video message, and that was the last time he was seen.. 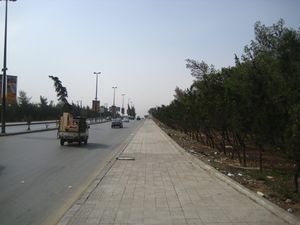