Difference between revisions of "Schengen Agreement"

For Canadian, US, Australian, Neo-Zelandese passport holders, the remaining options will be to cross to the United Kingdom/Ireland or go down to the Balkans and Ukraine once you're nearing your 90 days limits within Schengen.

Notice that sometimes within Schengen borders, especially while going along by train, policemen do come on board and ask to see your documents. Usually it's trouble-free, but they tend to harass Balkans and Turks more often than others. 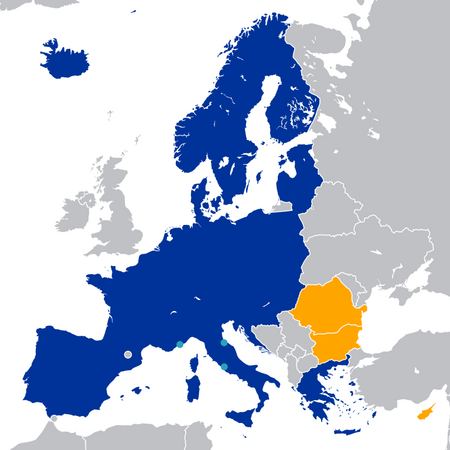 Switzerland, Bulgaria and Romania are aiming to implement the agreement at the end of 2008.