Difference between revisions of "Orléans" 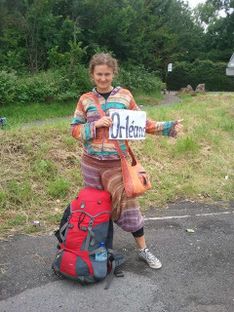 Try to get as far out of the city center as you can, its a little comparable to Paris but not as huge.

Head to the start of Rue Nationale http://bit.ly/SctEuZ. From here there is either the opportunity to hitch at the beginning of the highway or at the start of the national road to Paris. The national road seems to have more small trucks going on it to avoid the tolls of the highway, but you have to walk a bit further north (100m or so) to a driveway or something for cars to be able to pull over.

The only advice that can seemingly be found is on HitchBase - Take the bus number 8 (=> going to Herveline) , and get out of the bus just after it turns left (when you are really out of the city, after l'avenue des droits de l'hommme) then go back to the roundabout and go straight: it's really easy for the drivers to stop because they can park safely on the right.

Take bus 26 Marmogne from the center (it might leaves from a garage that looks like it's inside a supermarket or some big store), ask the driver where to get out if you want to walk to the A10 motorway (autoroute). The driver will probably tell you to get off near a small food store or somewhere around. Just ask anybody where is the autoroute and then walk to the péage (very easy, no need to jump or climb anything) that goes to the A10 where you can easily get a ride towards Bordeaux. It's also a very good way to go further south towards Spain.