Difference between revisions of "Hitchwiki:Community Portal/2009-2012"

From Hitchwiki
< Hitchwiki:Community Portal
Jump to navigation Jump to search

Here you can ask questions, remarks, requests about hitchhiking or about the Hitchwiki! Please check out Multilingual coordination for stuff related to Hitchwiki in other languages.

Is there any sort of process for this? I tried a straight copy paste as suggested, but it didn't work out. Really what I want to get is the exit/service station list for:

http://en.wikipedia.org/wiki/Autobahn_96 so I can add comments on my experience at one of the service stations on Sunday. I see that for example:

has a list which presumably came from Wikipedia, but formatting is different. Is there an auto method for this?

Looks like they are using a lot of templates for everything (like BAB-AS, BAB-Tunnel, BAB-Parkplatz), so we need to copy these templates first. Might be a little work, but probably worth it. I'll see if I can find time for this. If you want to do that: they are stored in i.e. here. Just copy the whole page(s) to hitchwiki under the same name. Don't forget to add {{Wikipedia}} to the end of any article that you copy from Wikipedia. --MrTweek 07:40, 17 June 2009 (UTC)

I've been playing a little bit with the Google Map extension on Trashwiki. Check Amsterdam and Trashwiki:Trashcan. I think it could make sense to see if we can migrate maps.hitchwiki.org towards this extension. What do you think? guaka 10:23, 30 April 2009 (UTC)

Yeah, looks pretty cool. The question is, how can we migrate the old data from maps.hitchwiki.org? We would have to split one big database into many small ones. Any ideas? --MrTweek 11:14, 30 April 2009 (UTC)

Would could set up a bot based on pywikipediabot that tries to insert t_points into articles. I'll first set up mirror.hitchwiki.org so we can play with it there.
The bot should probably also be able to create a .kml file. And maybe it's possible to hack OSM into the extension. With that we would have all current features covered, right? guaka 11:48, 30 April 2009 (UTC)

Partwise. Markers in areas for which we don't have articles will get lost. However, they would still exist on the main map, so not a real loss. But I think, the main goal should be to have only one database.
Maybe we can make a mix of both extension, thus allowing to edit markers inside the wiki but still having them in one big database.
Not so easy. I'll think about it. --MrTweek 12:15, 30 April 2009 (UTC)

Indeed. Tricky issues. Also, it would be nice to have spots in many articles, so maybe the approach of the extension is not right for what we want. But maybe there's a way to build something on top of the extension so that people can edit map stuff directly from inside the wiki. guaka 14:17, 30 April 2009 (UTC)

Should not even be too difficult. I think I started something like that some time ago, but eventually forgot about it :/ --MrTweek 14:45, 30 April 2009 (UTC)

It would be nice to had google street view to Hitchwiki maybe by the maps it's really useful to see how look a spot or to find one, ok only in some part of France and a lot of the us so it's probably can wait.

Would definitely be nice, at least for the future. But might also be very hard or even impossible to implement. Also, I don't trust google :/ --MrTweek 10:23, 23 January 2009 (UTC)

As far as I know, members who create a page could also insert a link to the appropriate Streetview. I did this on the Amsterdam page so you can see what I mean; [[1]]clint.hotvedt 13:13, 18 October 2009 (UTC)

Hey, we dont have drivers section!

First of all, I want to be also included in the drivers category, and than, secondly, we need an info board - I am going that way and I am looking for hhikers. Just instead of going into every petrol station and checking it out ;)

I know there are other sites specified in exchanging this kind of info (covoiturage and so) but it is about sharing car and costs, not for free-hhiking.

Hi! We have Picking up hitchhikers, but yeah, it would be good to have a bit more. I'll be sitting next to Marc this week, and me we can hack set up something in Drupal. For now, maybe we can have a wiki rideboard? guaka 01:07, 8 February 2009 (UTC)

What do you think about the idea to use the Collecion Extension for Mediawiki? So you could create your personal Hitchhikers guide for travelling. You just mark the pages you need in the wiki, and then you can export your collection as pdf or odf). You can see it at Wikivoyage how it works. Good for the travellers who don't take any PC while being on the road.

I think we should take that chance. We mainly have GFDL to be compatible to wikipedia, if I remember correctly. Now that Wikipedia seems to switch...
How can we do it? I've got some questions there: What about the changes that were made after November 2008? We should probably give anyone the chance to give their opinion. Maybe with a discussion page – maybe one per language – that we advertise with one of these annoying global messages that get shown on top of each page? MrTweeeak... :-) --Speckmade 10:43, 25 April 2009 (UTC)
Jep, I'm for! Wasn't there a discussion about this somewhere on the wiki already? Can't find it back...anyway, what about a discussion/vote on hitchwiki asap (according to what Speckmade said)? --Platschi 14:32, 4 June 2009 (UTC)

I think its high time for a licensing change here at Hitchwiki. (A little background: For a limited period of time - til august this year - the most recent version of the GFDL offers the one-time chance to switch to the similar Creative Commons license Attribution-Share Alike. This seems to be the more reasonable thing for wikis as comapred to the GFDL that is designed especially for documentation of software. Wikipedia has finally decided to move, which removes our main reason to stay with GFDL here.)

The clock is ticking. How do people feel about it? Should we also go for double licensing like Wikipedia?--Speckmade 14:36, 4 June 2009 (UTC)

My proposal is to switch to Creative Commons completely. Does anybody disagree? If not, I will do this some time in July. --MrTweek 14:51, 4 June 2009 (UTC)

Sorry, for being not clear enough. I prefer CC-only and completely dropping GFDL. Otherwise we would need to mark each articles according to the licence.
If we copy stuff from CC or GFDL sites, it can't be double licensed. I think that's too much hassle for most users (even I don't want to do that).
If wikipedia switches to CC, I guess there won't be many GFDL sites left anyway. --MrTweek 20:48, 4 June 2009 (UTC)

we want to write in Chinese!

Some Chinese hitchhiker here would like to use their native language here,Ok?

Great! I think MrTweek can set it up. Simplified or traditional? Or both?
I've hitchhiked in China and I'm very curious about Chinese hitchhikers :) can you write a bit about yourself? guaka 15:07, 7 July 2009 (UTC)

It will be wonderful, if we have the polish Hitchwiki. I think me and other polish hhikers can help expand it. Poland, as a very friendly country for hitchhikers, should have its own version of Hitchwiki. --Strzkrzysiek 10:46, 10 July 2009 (UTC)

I'm writing to you form Hungary and I would like to ask you how would it be possible to create a Hungarian Hitchwiki site. I would be more than happy to expand the site with a new language. Please write me how I should begin? 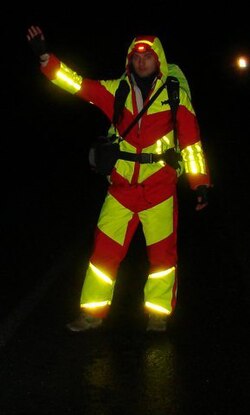 Image from the Commons!

After setting it up on Couchwiki and Trashwiki I also just enabled the possibility to directly use images from Wikimedia Commons here on Hitchwiki. It's really nice for a few reasons:

I would like the "insert special chars" option underneath the editor window to feature the letters å and ø in upper case.